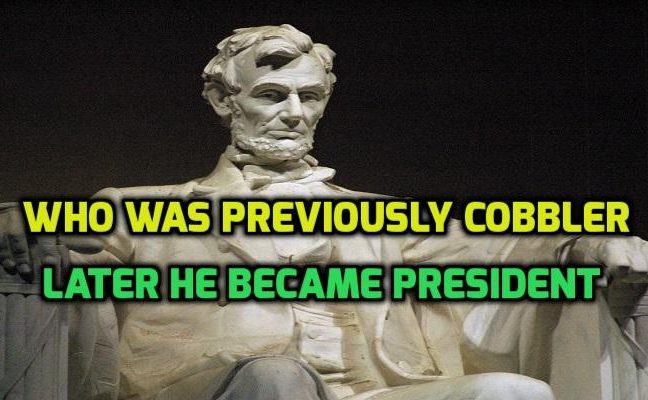 The most inspiring person for every citizen  who never saw success till half of his age and later he is universally regarded as one of the greatest man ever to occupy the presidency in the US history. The former president of USA,  Abraham Lincoln.

Abraham Lincoln, a self-taught lawyer, legislator and vocal opponent of slavery, was elected 16th president of the United States in November 1860, shortly before the outbreak of the Civil War.

Abraham Lincoln was born in rural Kentucky in 1809, to parents of low social standing and little education. During his childhood and early youth, the family would move several times, first to Indiana and later to Illinois. Lincoln’s mother, Nancy Hanks, died when Lincoln was still a boy, and the next year his father, Thomas remarried to Sarah Bush Johnston, who helped raise the young Lincoln.

Born into poverty, Lincoln was faced with defeat throughout his life. He lost eight elections, twice failed in business and suffered a nervous breakdown.

He could have quit many times – but he didn’t and because he didn’t quit, he became one of the greatest presidents in the history of our country.

Lincoln was a champion and he never gave up. Here is a sketch of Lincoln’s road to the White House:

The incidents happened in his life have motivated the people to a greater extent and gave them a new hope to endure every adversity of life.